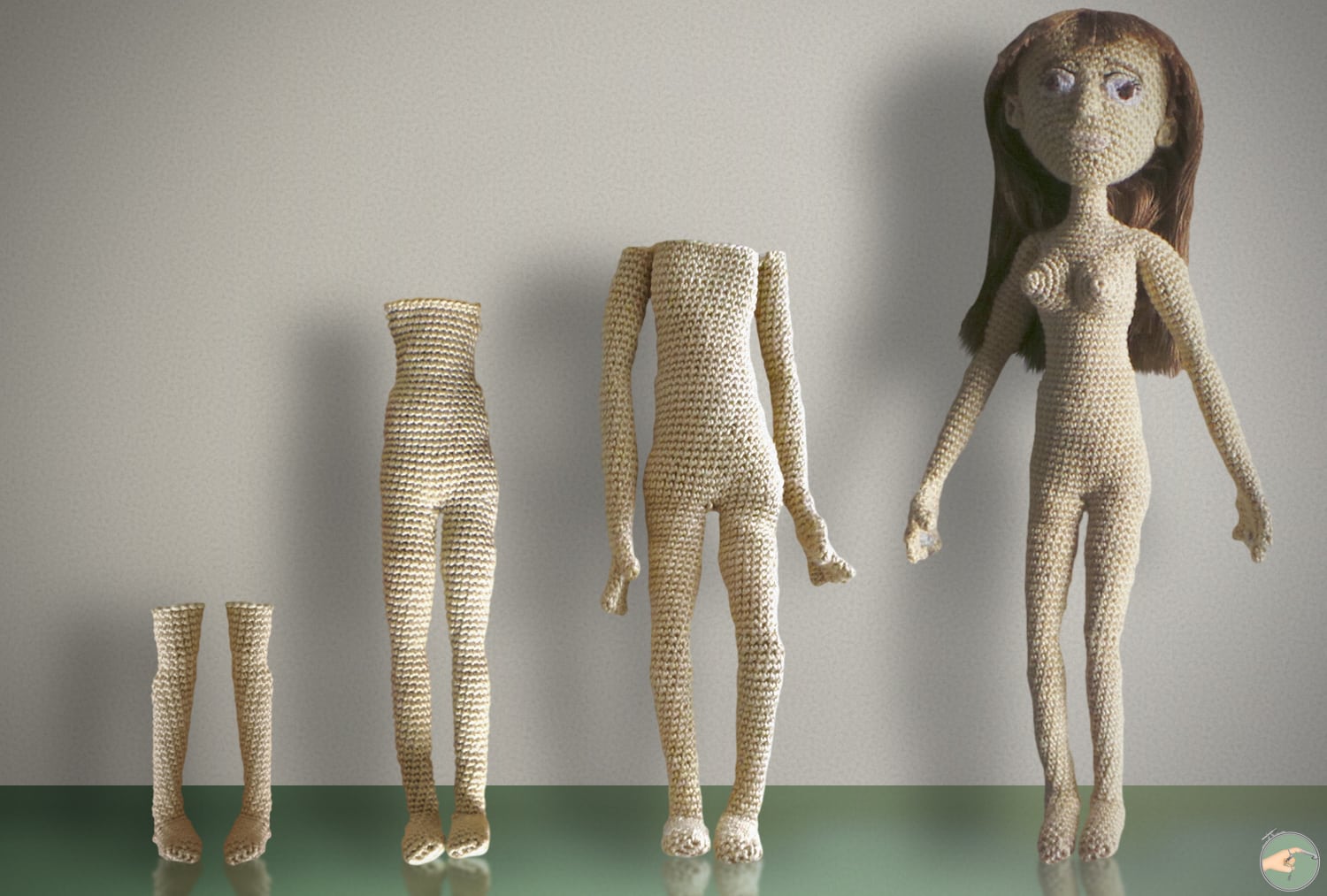 Last week I was talking to you here about my very first mini-me and my first failed attempts to create the famous MilliGhexia. Today, for this first blog post of 2018, I will be more positive by telling you about the successful trials down to the details of the amigurumi !

So I took everything back from the beginning in my way of doing things, starting completely in the other direction. I made my head first (that doesn't change) but I didn't plan to continue directly to the body. 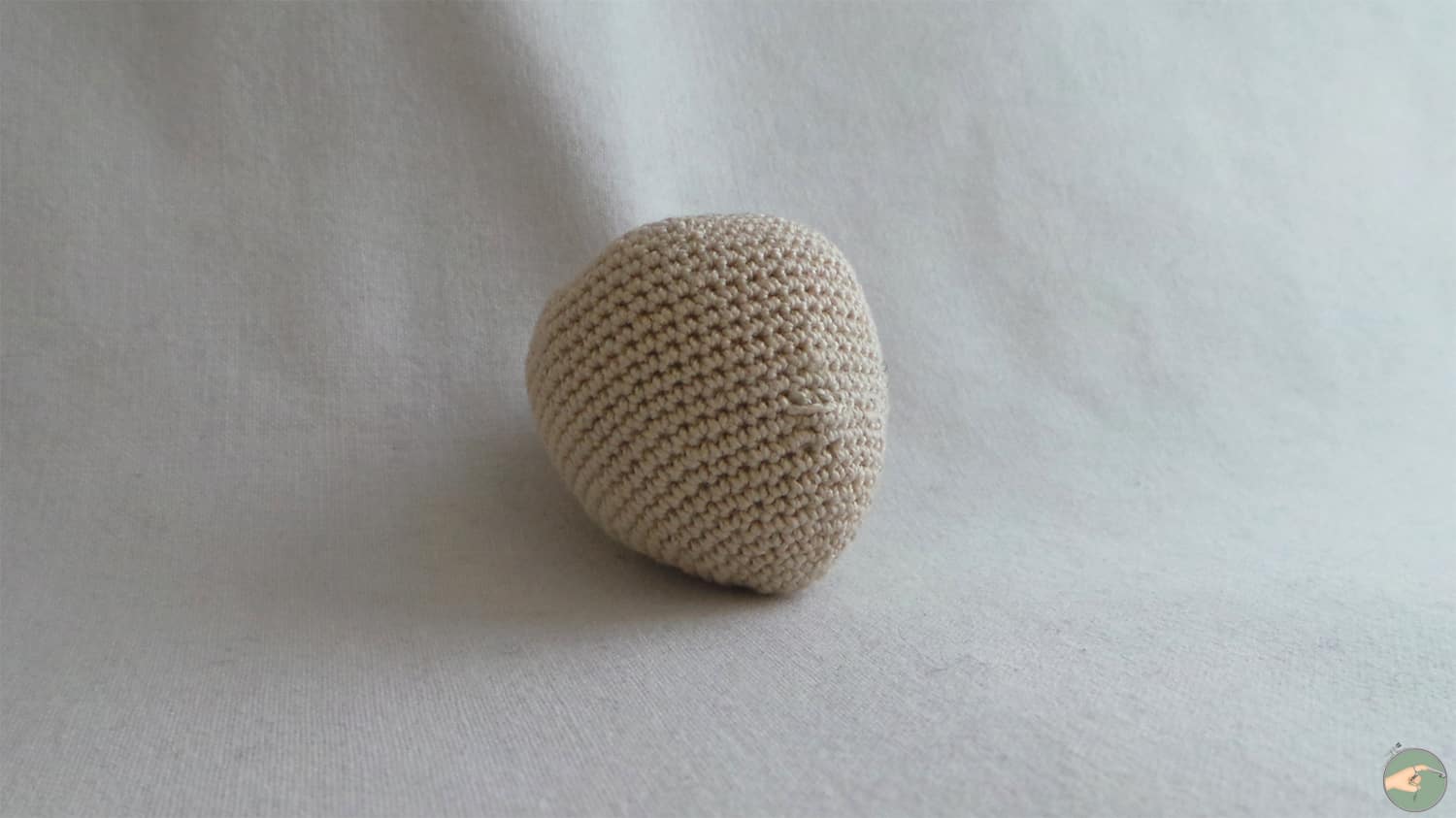 I made the arms apartly. 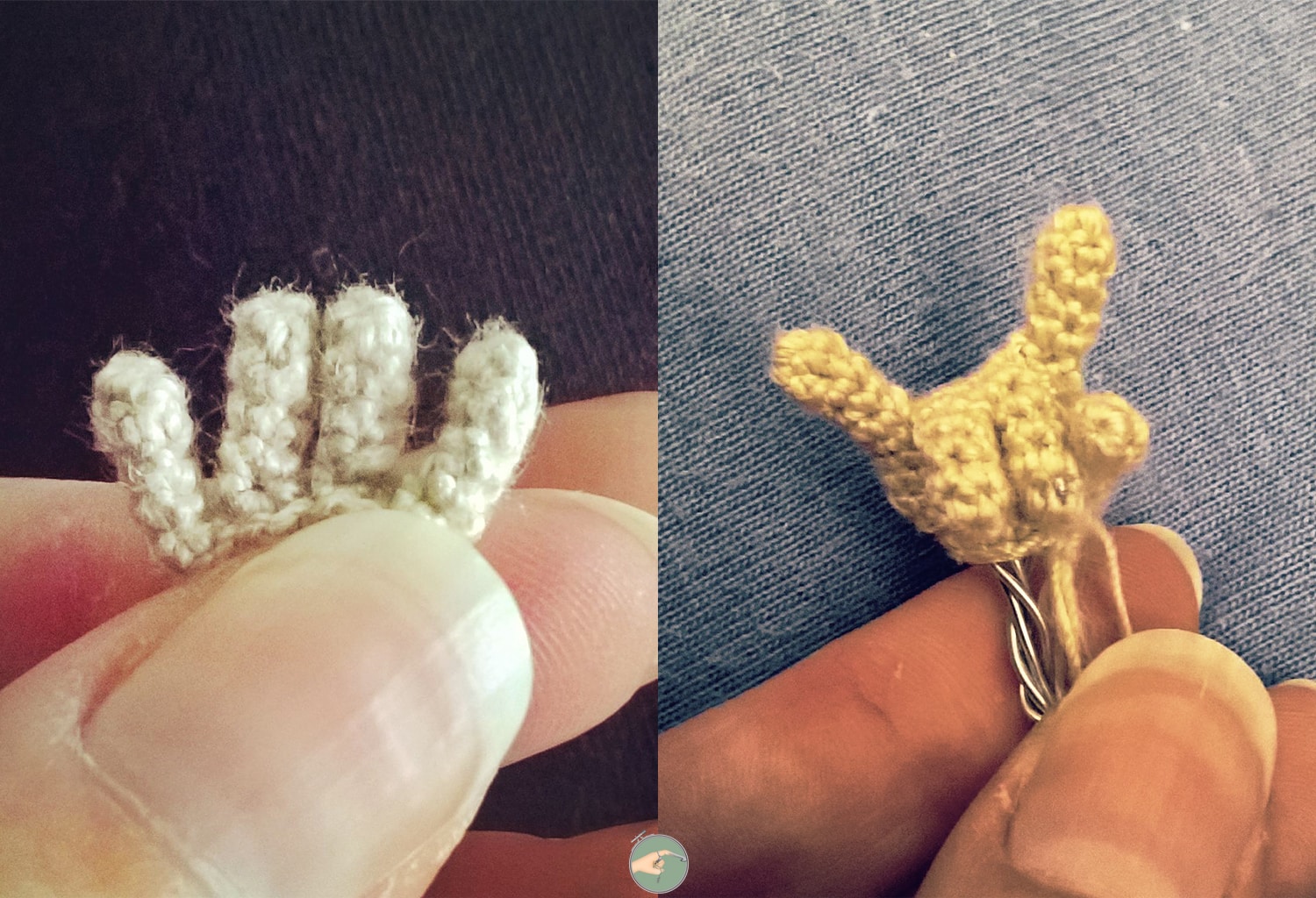 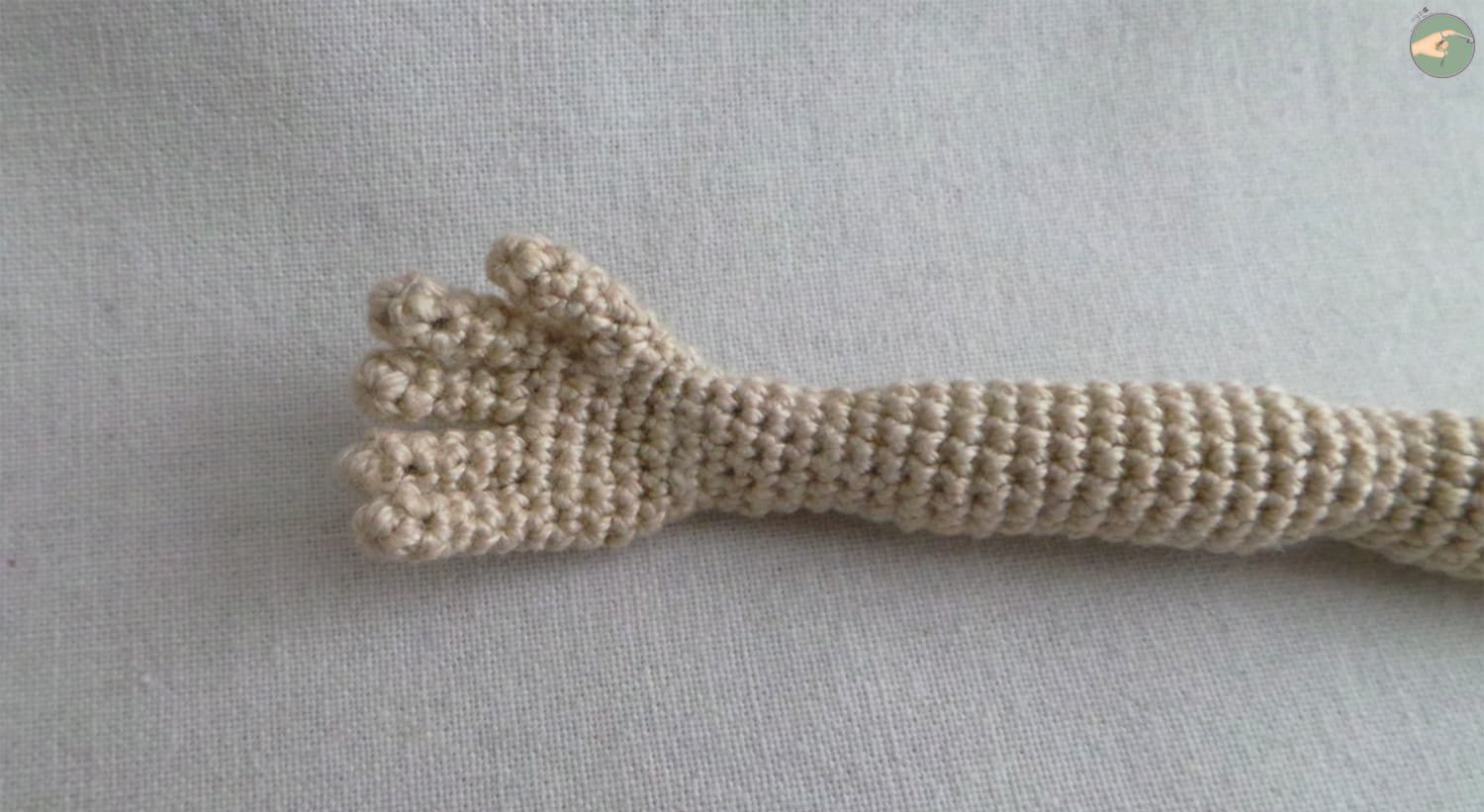 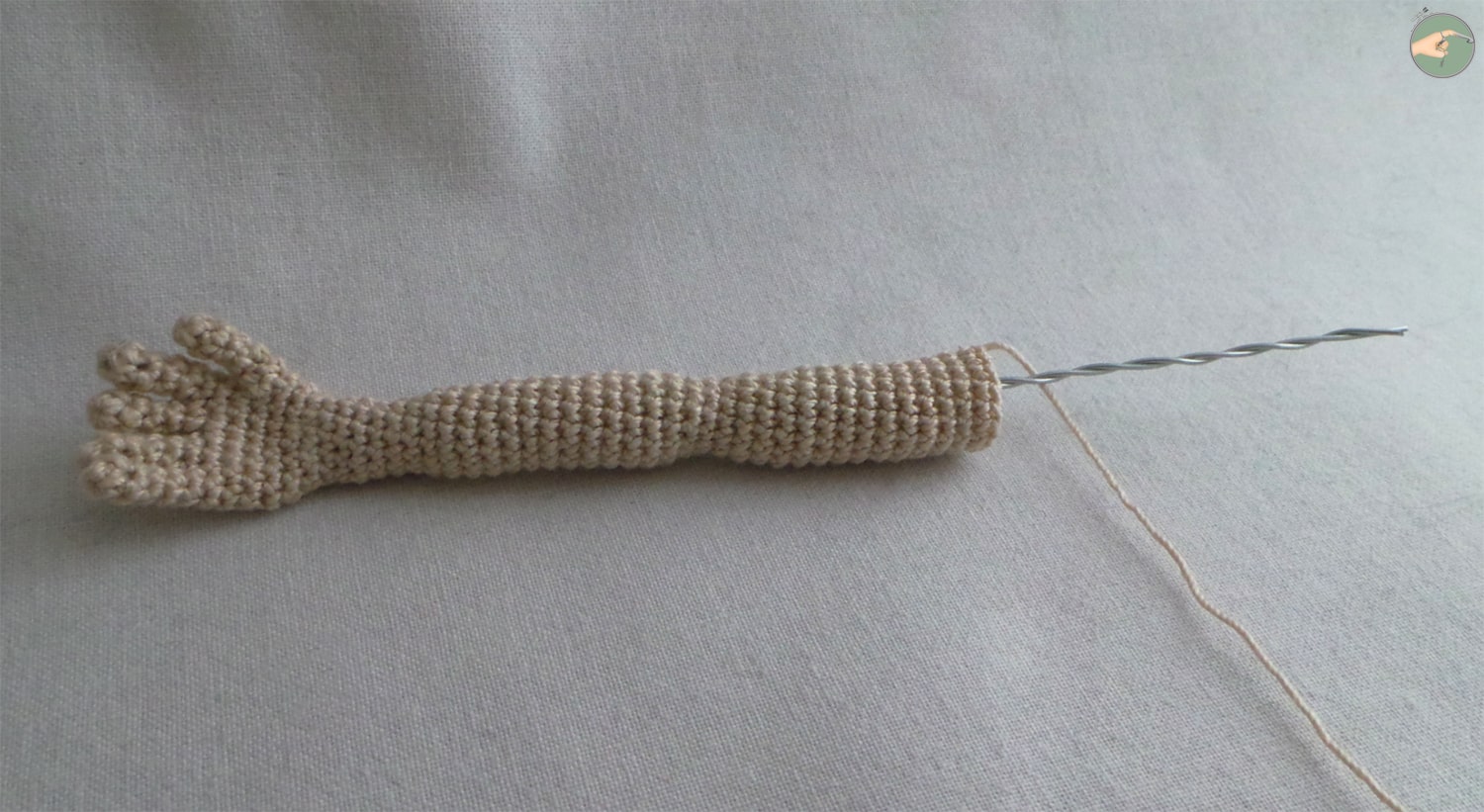 After, I made both legs separately. I then connected them to make the belly and the bust by attaching the arms to it as I continued to work (it was a very delicate step, I admit it !). Finally, I decreased to have a neck. 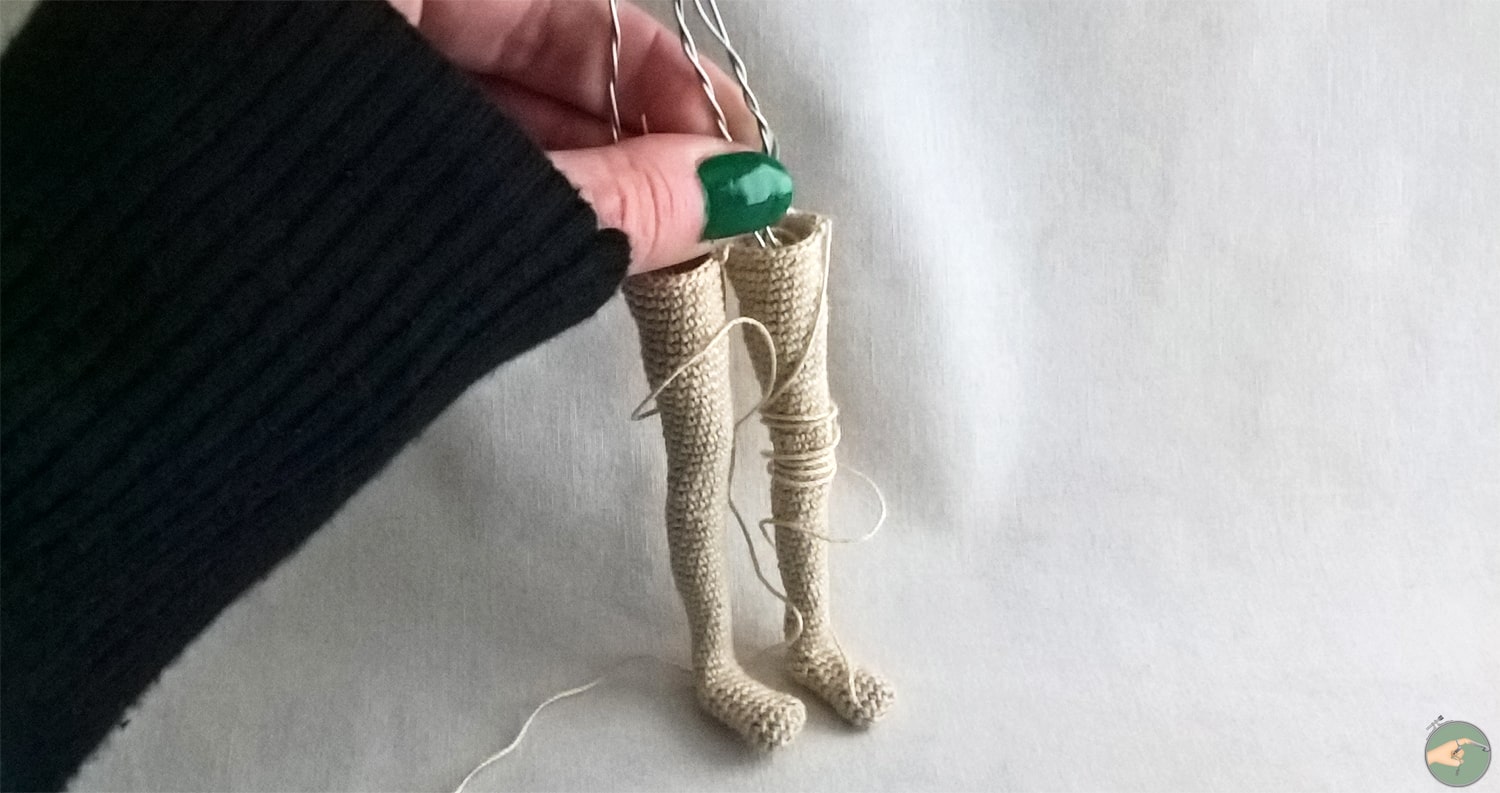 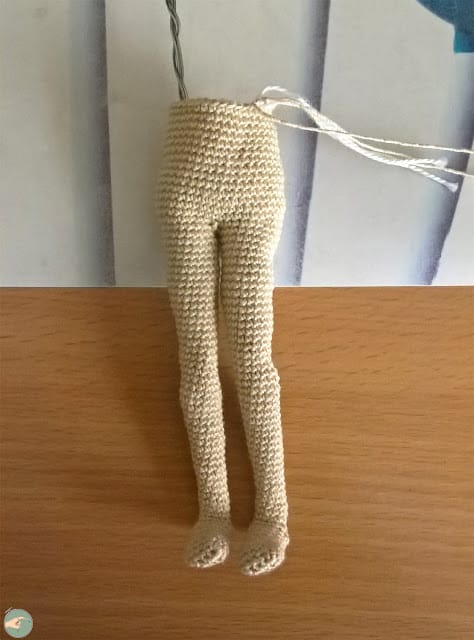 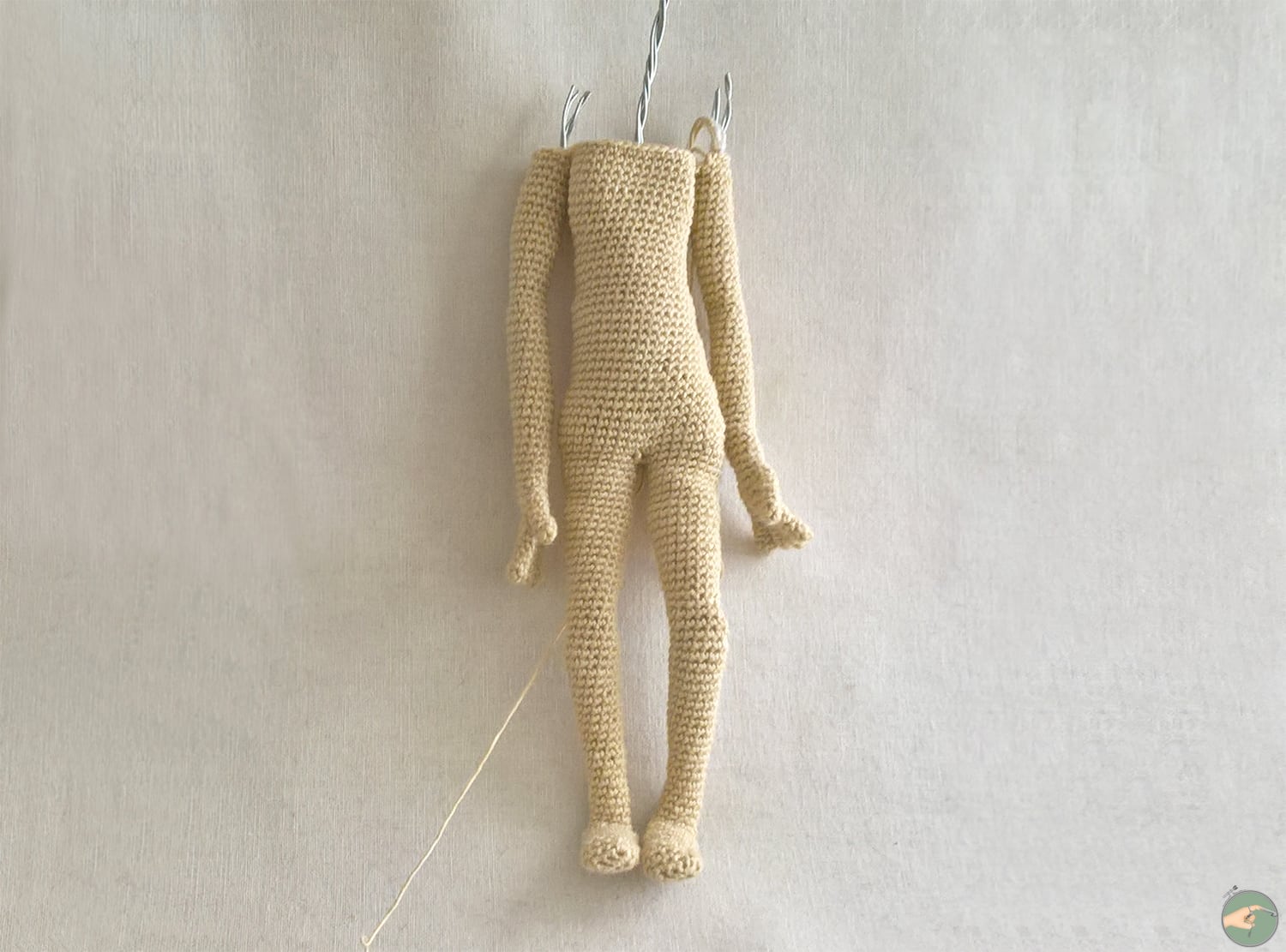 The only seam to be sewn was the connection between the neck and the head. Isn't that wonderful ?! I now had something that suited me well, except for two or three details. I have named this test "Prototype" and I still use it sometimes as a model. 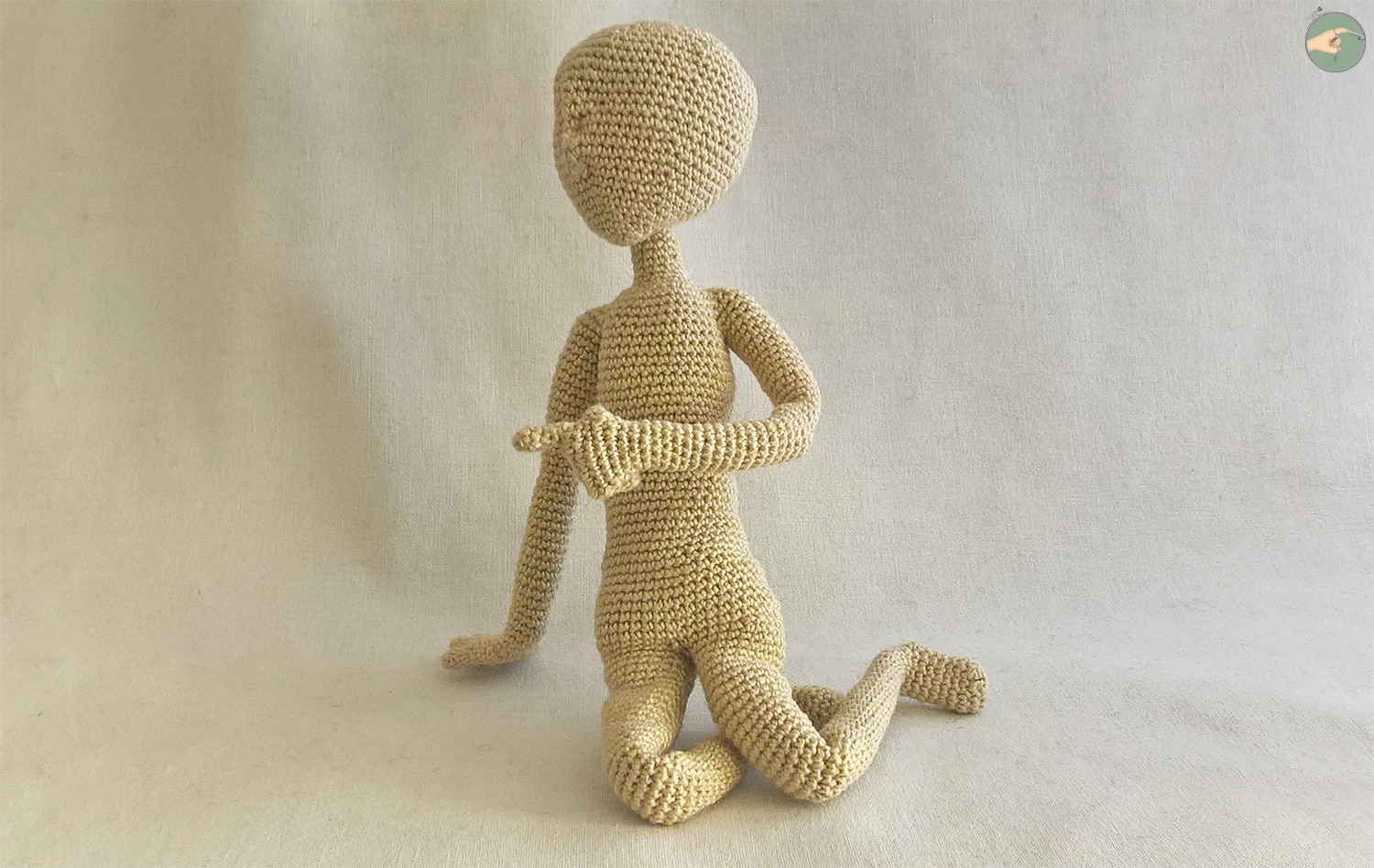 In the end, all these attempts made me realize that it takes a very long time to crochet with a very thin yarn and that you have to stay focused (it's not TV shows friendly, ahah). It was also the opportunity for me to test different ways of doing Face Sculpting. Besides, if you're interested, I can make a blog post tutorial on it ! 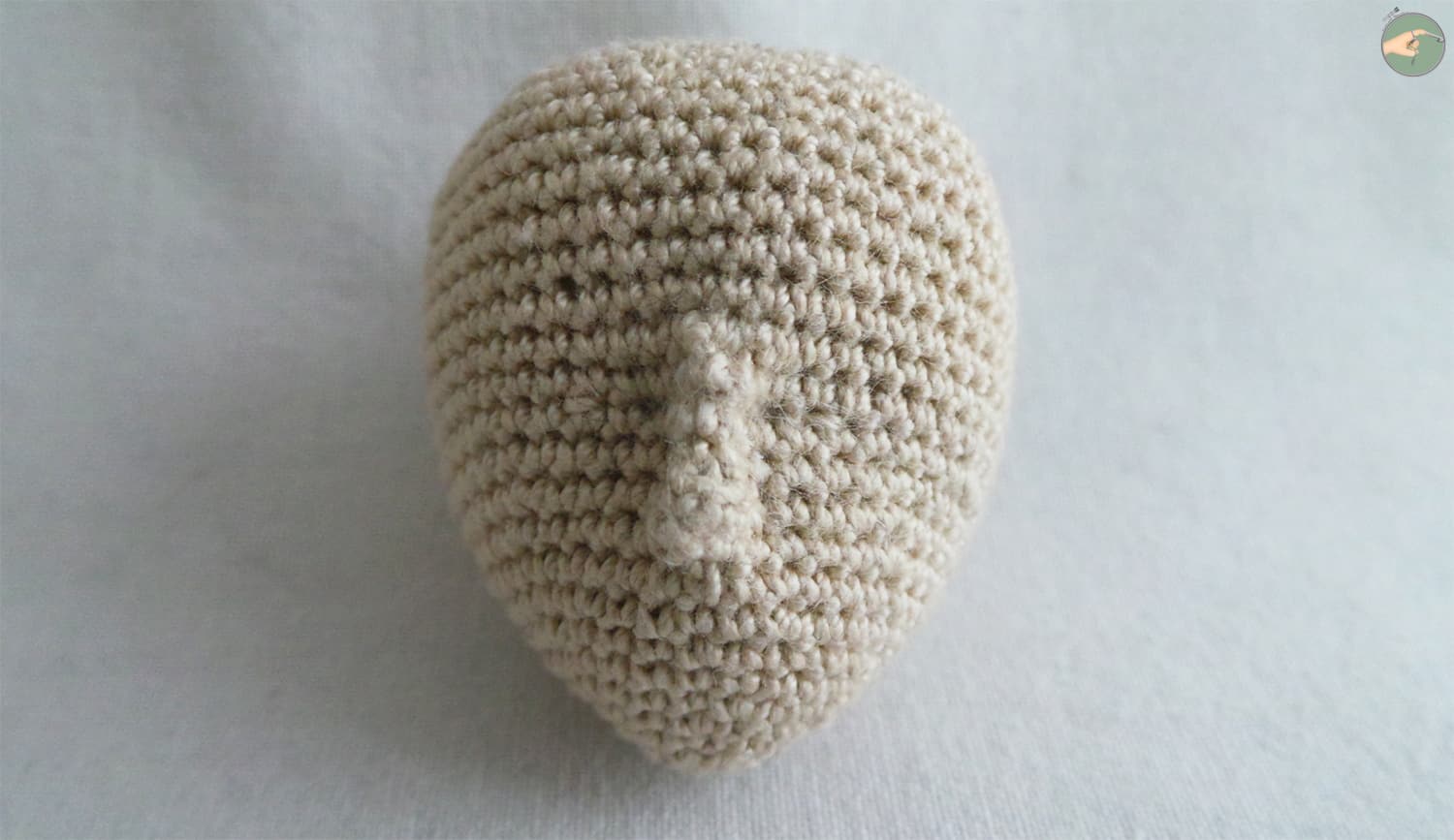 I now had a good foundation, all I had to do was to change the little details that I didn't like, like the feet a little bit too small for example.

But I have much less tightened when I crocheted. So I ended up with a larger amigurumi with less stable movements. The result was less pretty and it would have taken more space to carry (so what, what if I want to have it with me? #returntochildhood #iplaywithdolls).

Here we went again for another try... But the last one this time ! By following the modifications of the previous trial, I crocheted tighter by regularly referring to the size of the prototype, which I liked very much. On the other hand, I took back the head I had already made, the size is fine and I still put all the hair strand by strand (which took me a while and required a lot of rigor !). 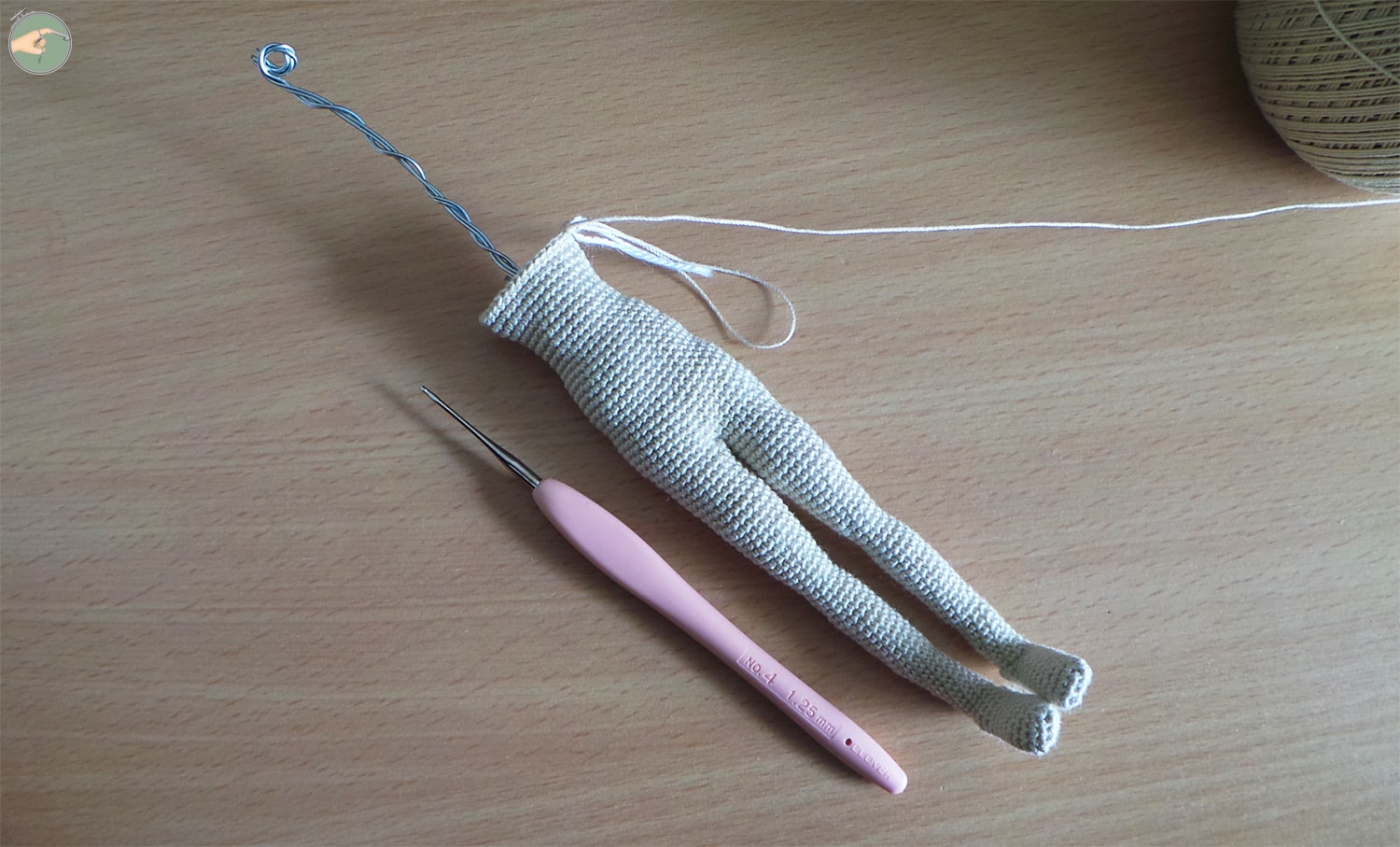 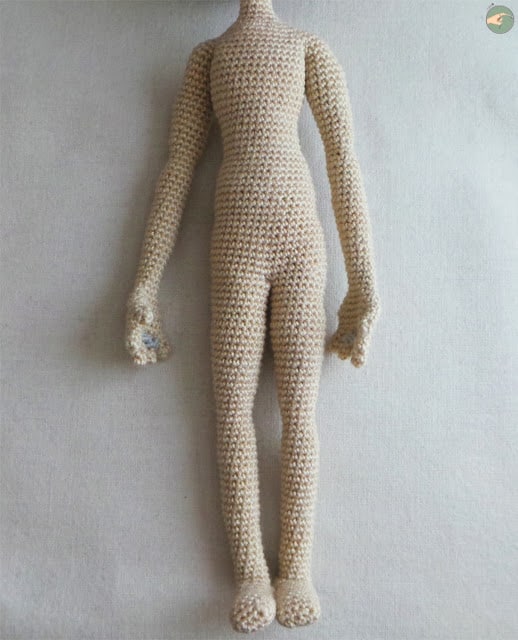 For the details, I had fun :

- The hair so, made with Gütermann Sulky Col. 1130 and Col. 1180. I have alternated the two colors by placing a strand of one and a strand of the other, in order to have shades of color. 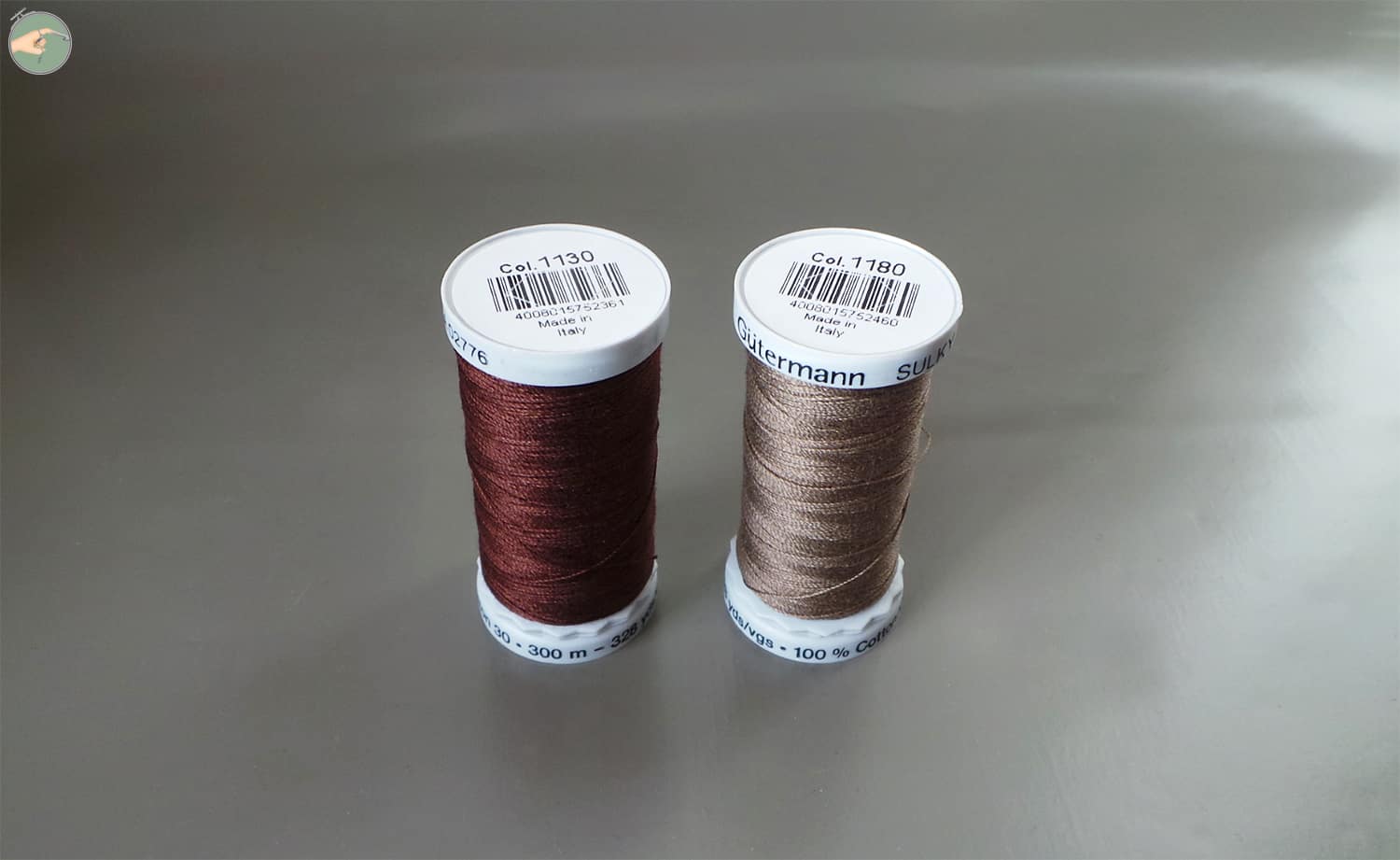 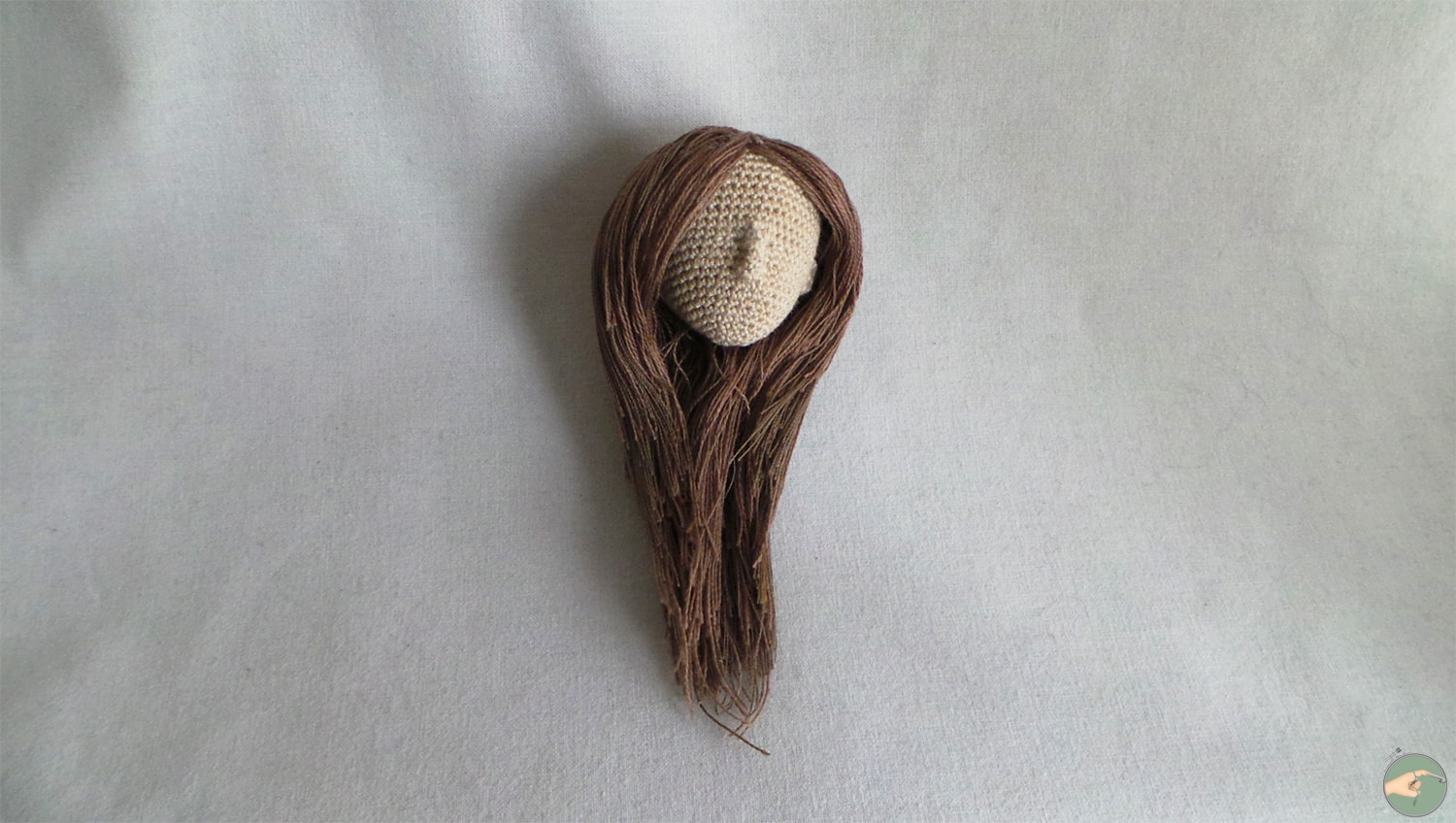 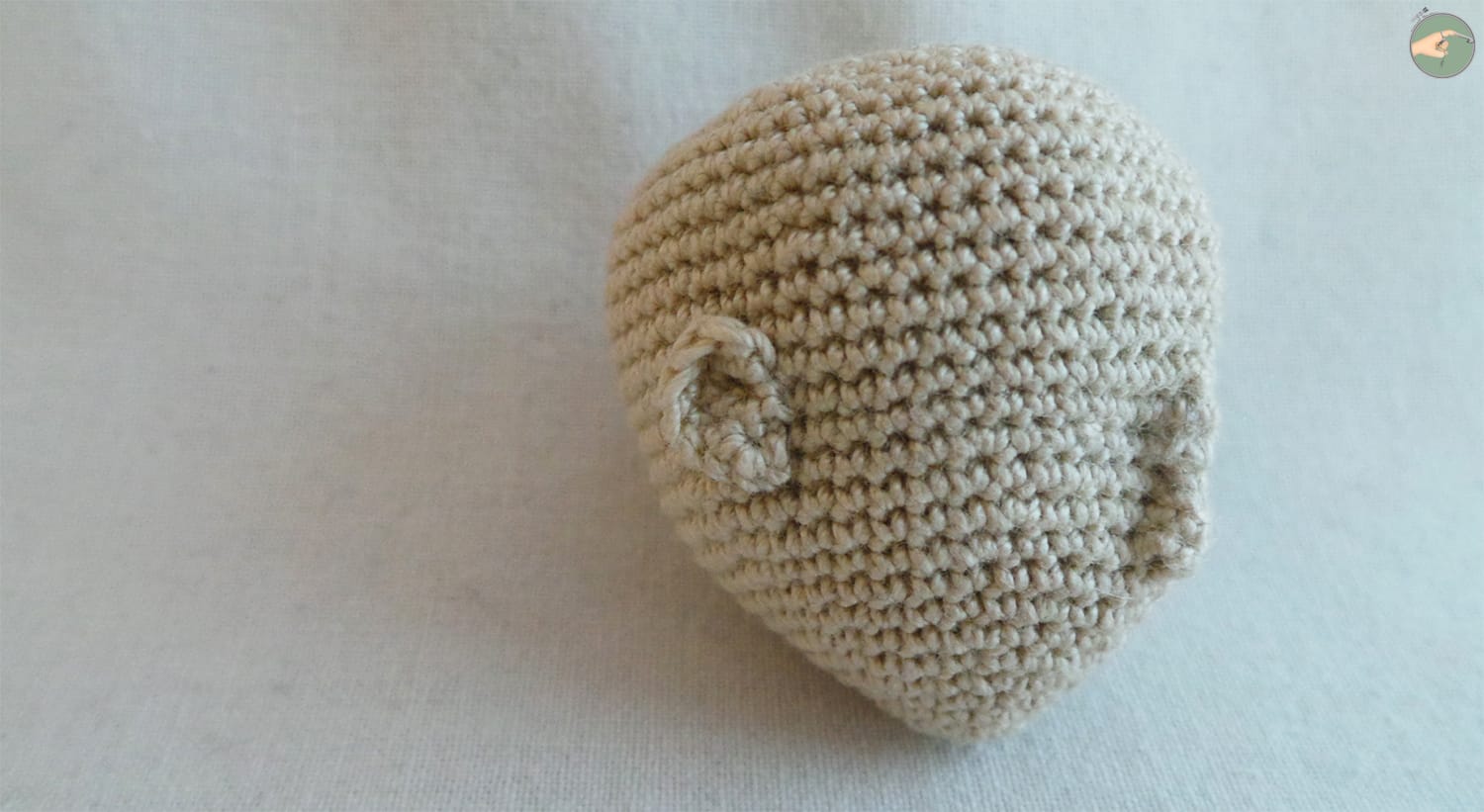 - The eyes. For that it was a rather complicated story. I First wanted to embroider them on a fine fabric or even on felt. But my level was not very good (and even less at the time of MilliGhexia's conception), and it was such a disaster, it didn't look like anything... So I stayed on something sure : to crochet them, then to sew them to the head. If you want to make the same, you can find the pattern of the eye here ! 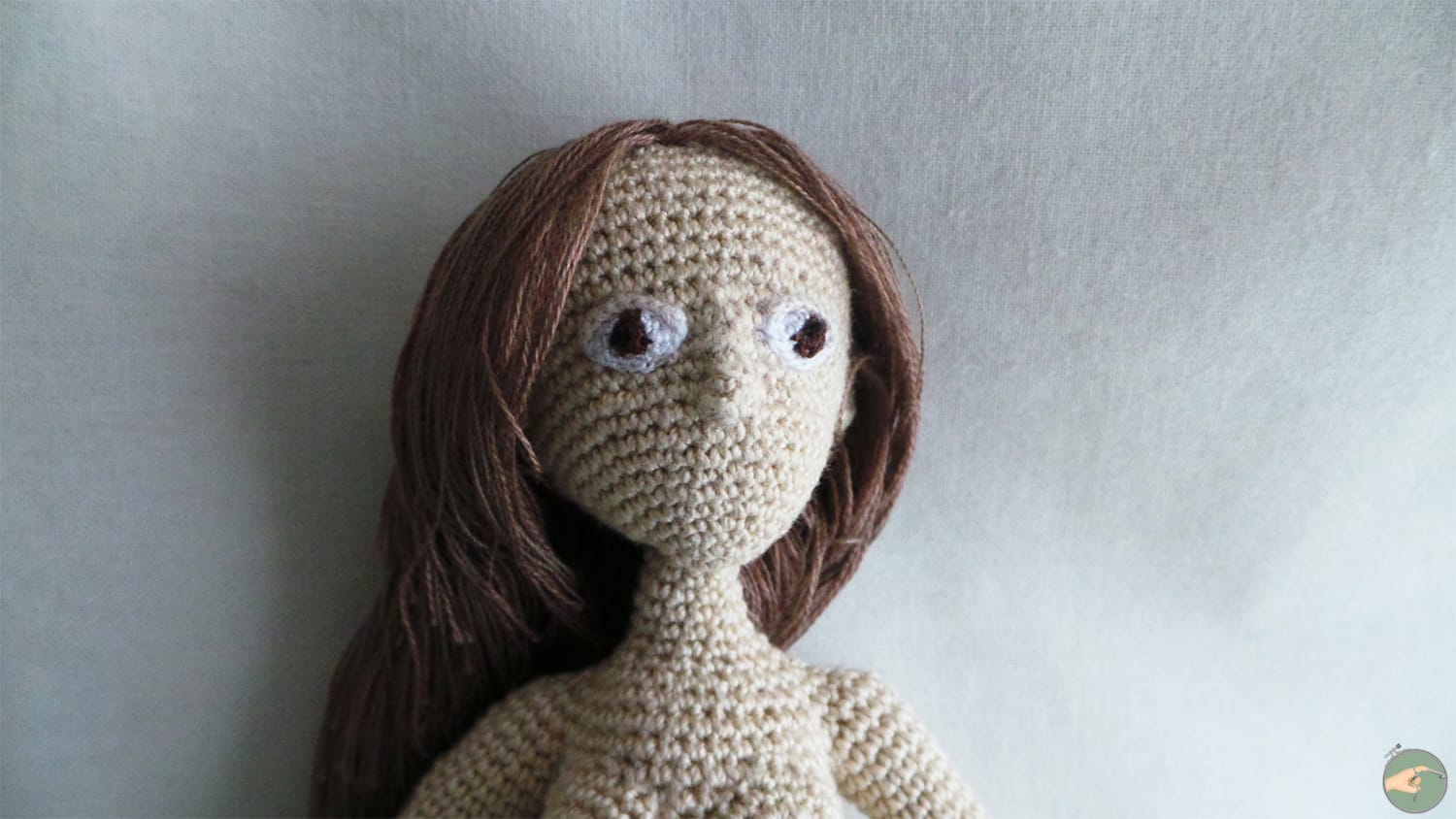 - Eyes make-up : a simple black thread that fits the curve of the top of the eye. The eyebrows : directly embroidered on the face in satin stitch.

– The mouth, also made in crochet with single, half-double, double and triple crochet, then sewn. 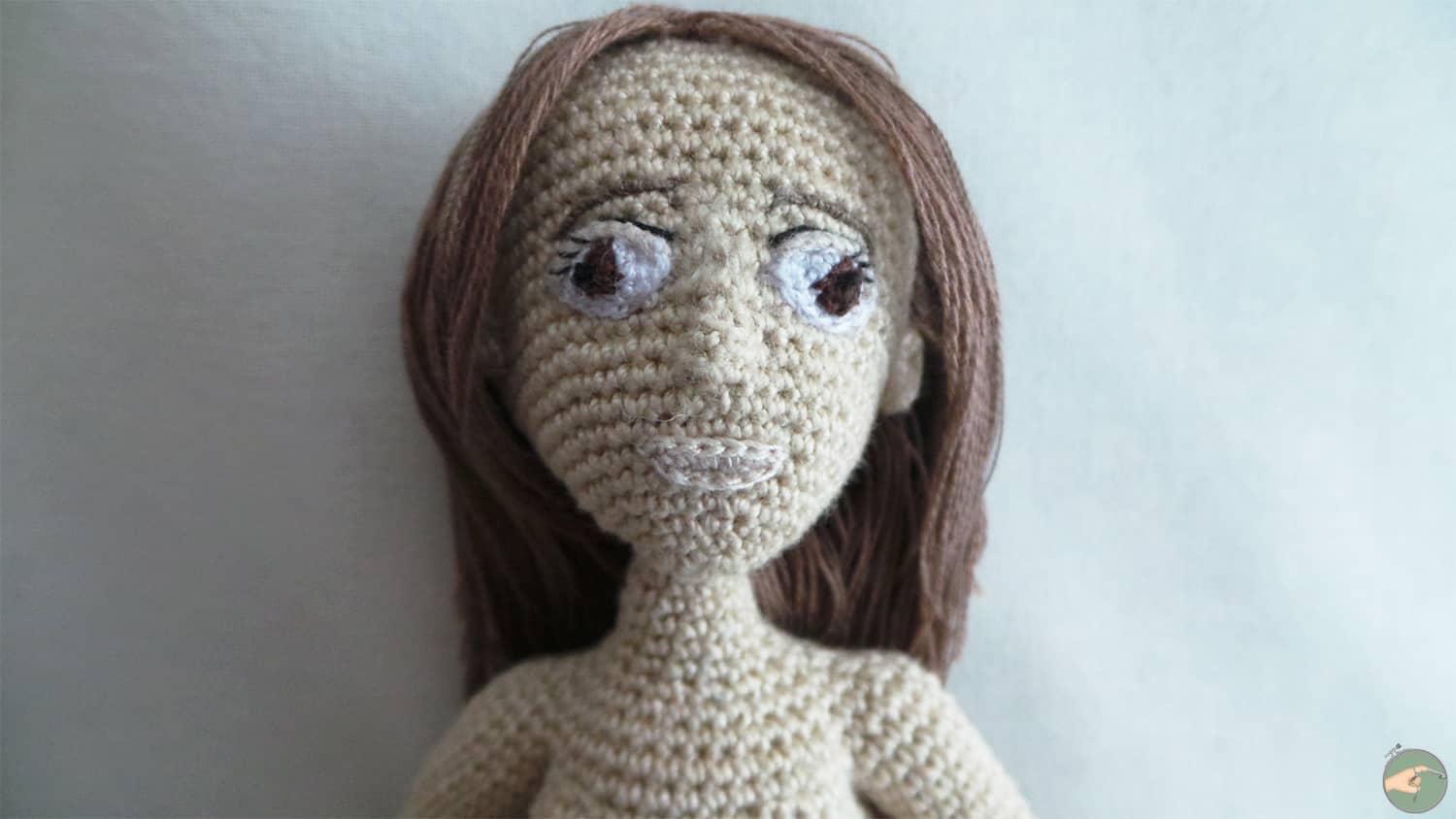 – I made her a little haircut !

- And finally, the glasses ! Made with care and precision by my darling who has coating paper with glue to make it soft, resistant and shiny. And in addition, the branches can be fold back ! 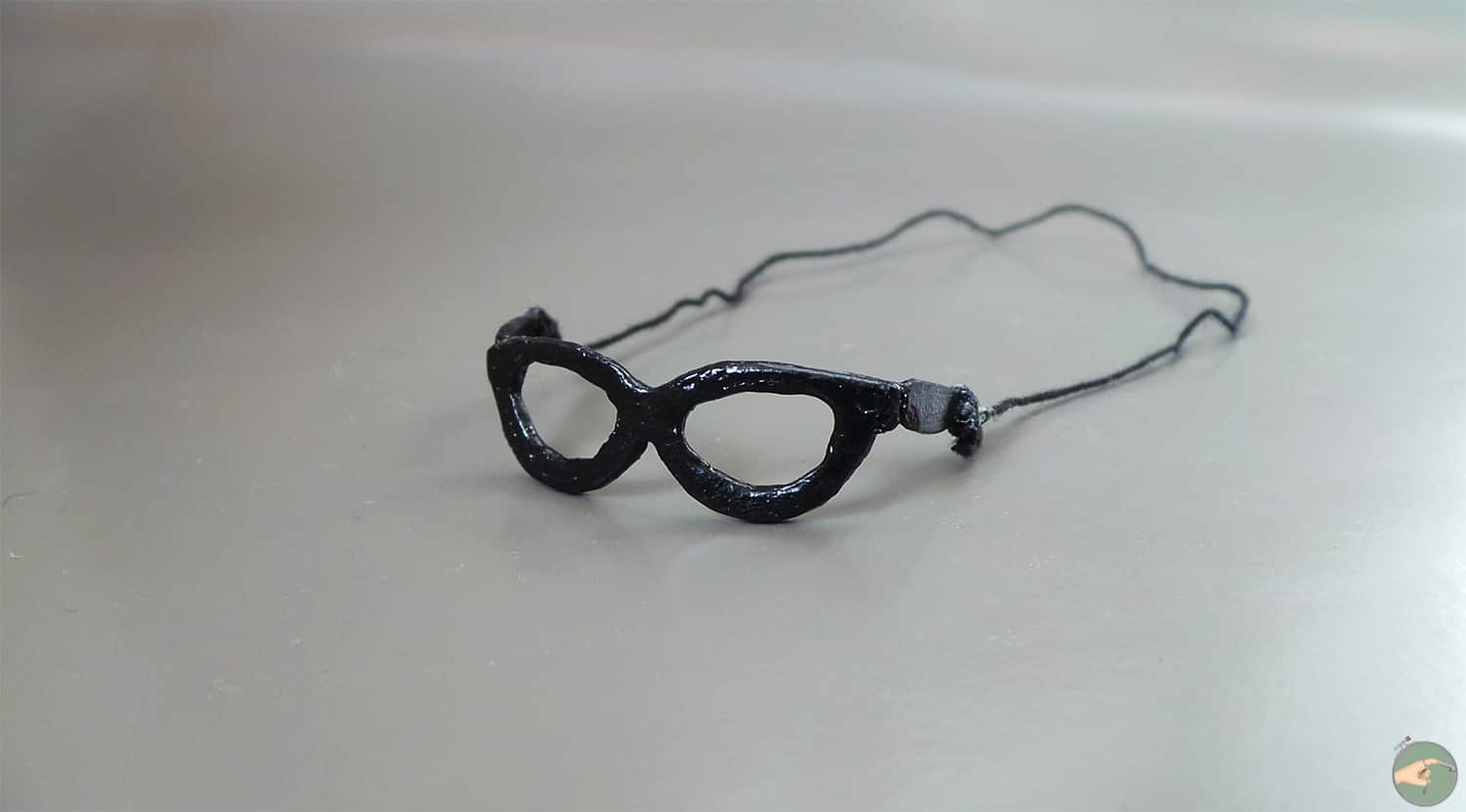 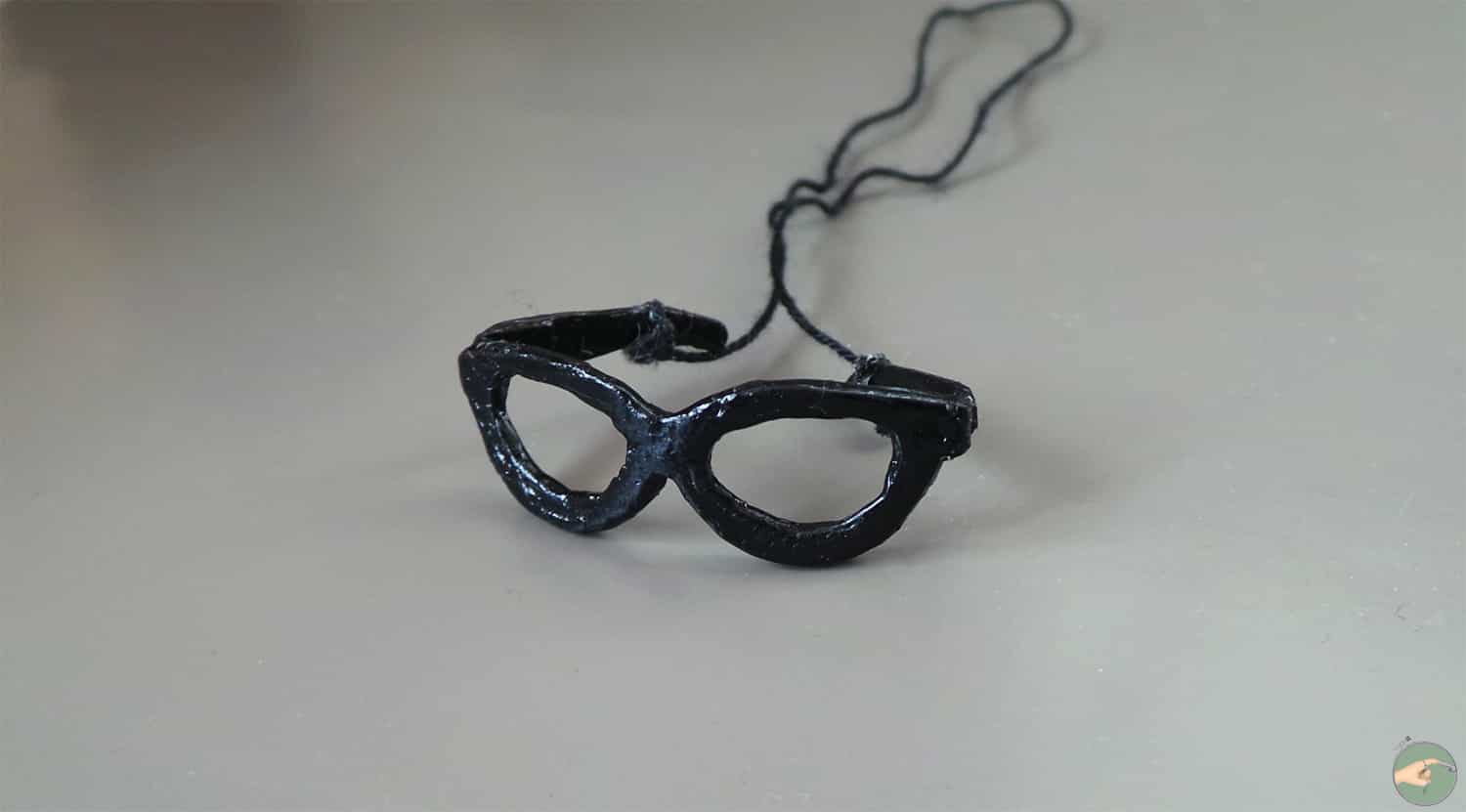 To hold the glasses on the head, I tied a thin thread on each branch and this same thread is tied on itself behind the head and under the hair. I hope it will be a little more understandable with the pictures ! 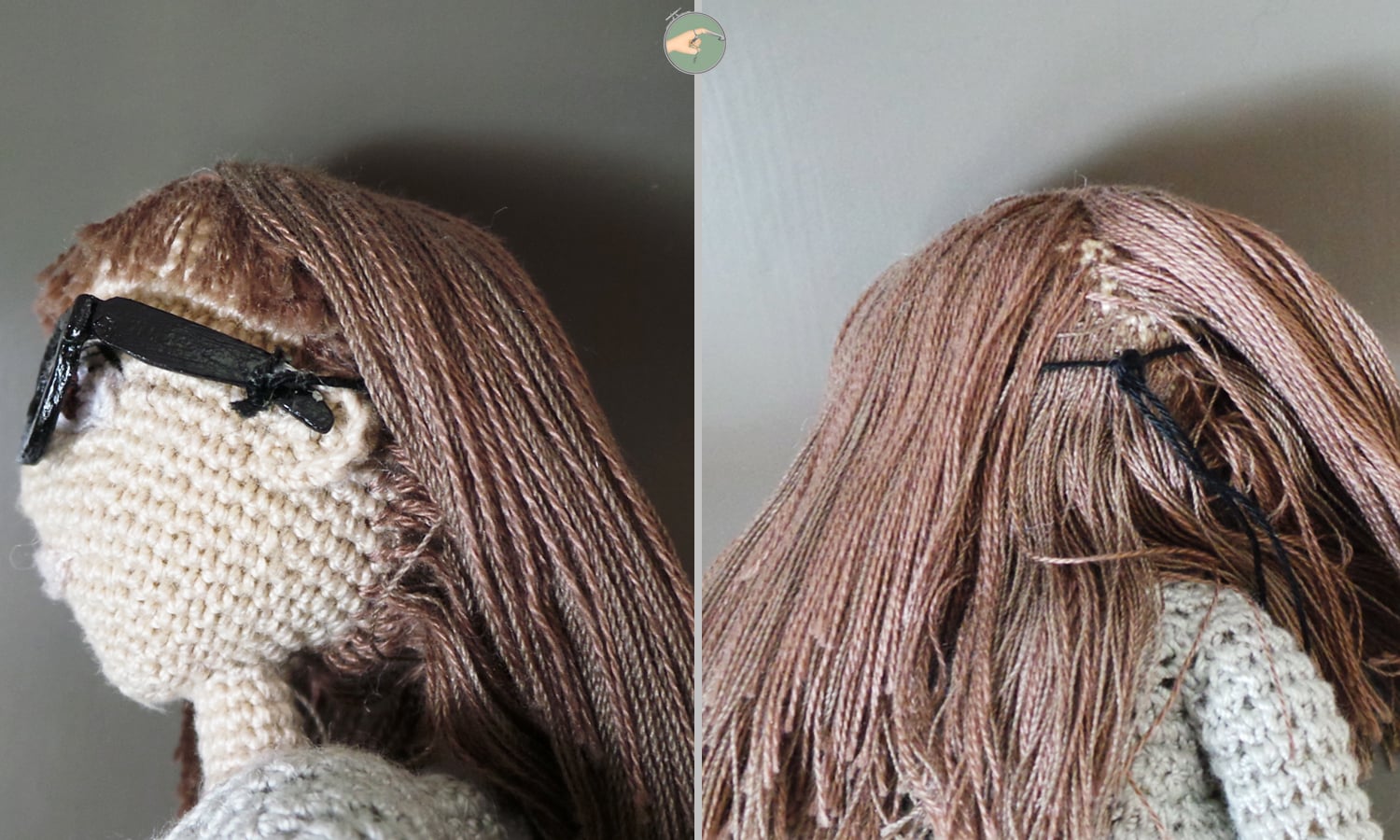 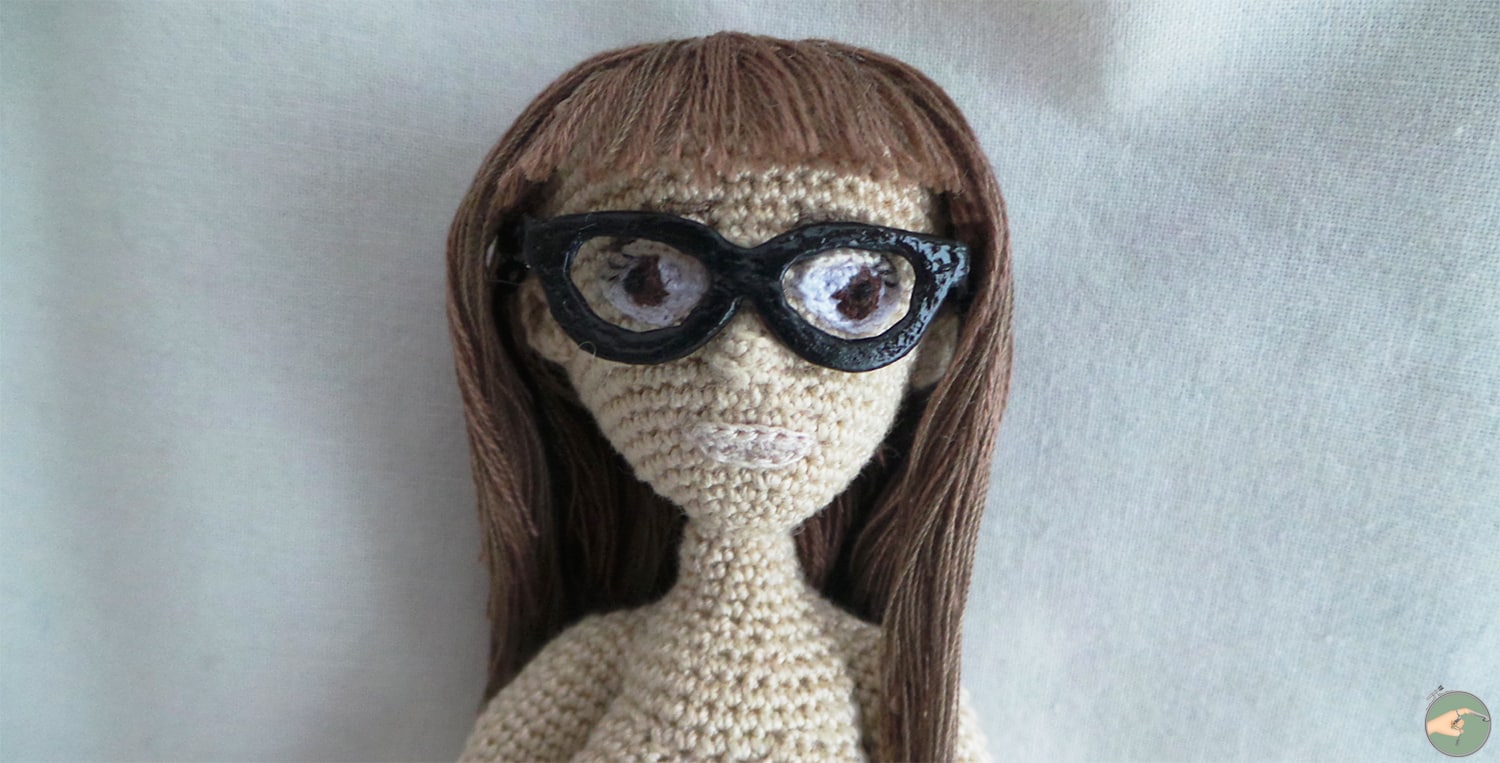 After all this, my little MilliGhexia was finally finished ! I was (and still am) very proud of the result ! I didn't think I would reach the end of this project that I wanted to stop many times, when I was undoing more than I was doing... But fortunately, my darling was there to support me and give me good ideas when I didn't have enough perspective on what I was doing.

The next time you will hear about MilliGhexia on the blog, it will be for her first outfits ! 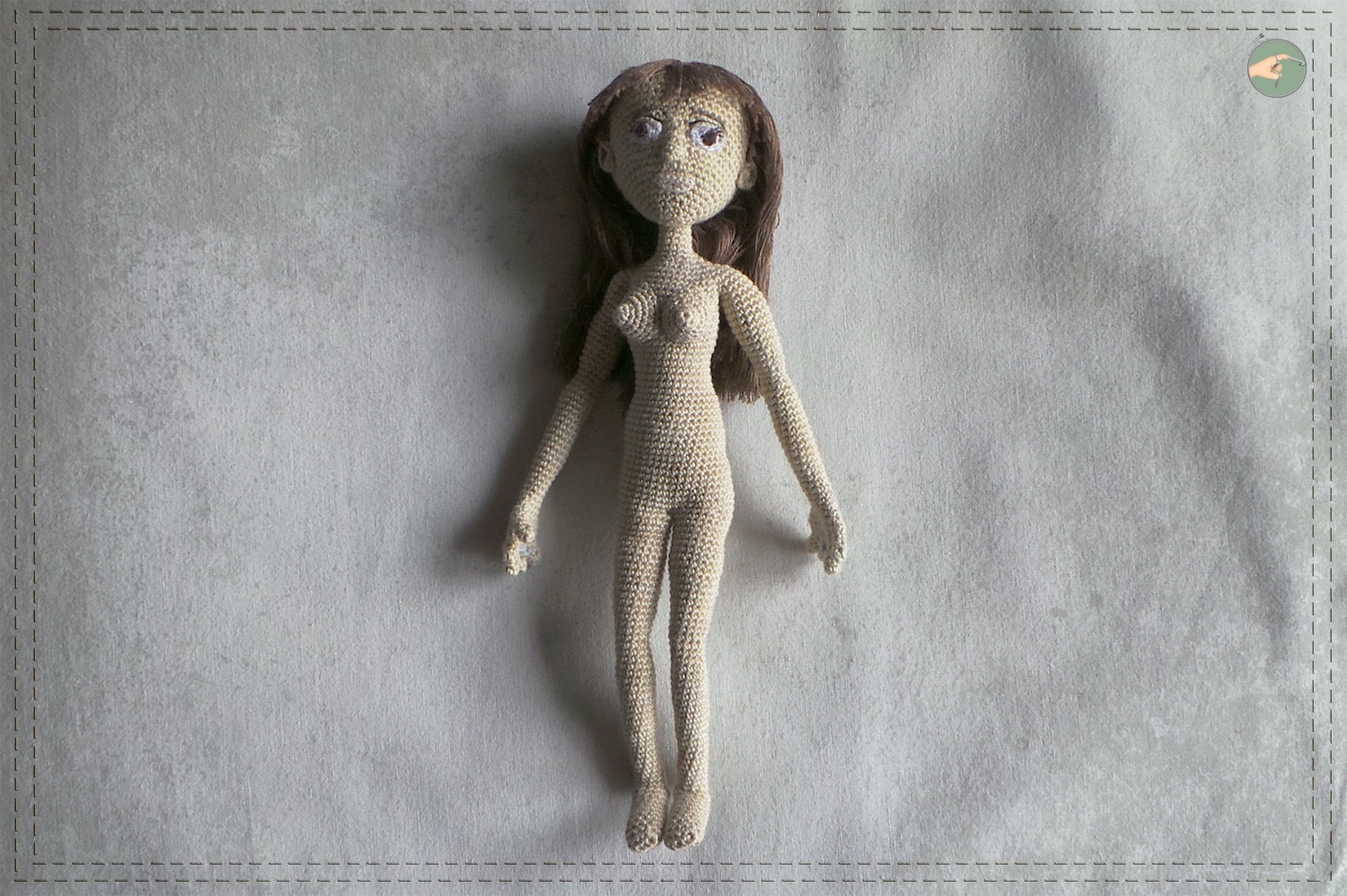 And you ? Have you ever created a pattern that has given you a lot of trouble ?

PS : I wish you a very happy and creative New Year ! ♥